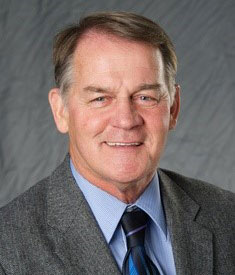 The man who has led the Department of Natural Resources since 2011 is retiring next week.

Chuck Gipp says after 27 years of commuting to Des Moines as a legislator and then a state agency employee — he is ready to spend more time in his hometown of Decorah. “You get to that point where it is time to do something different as far as enjoying life — and that is what we hope to do,”Gipp says.

Gipp was first elected to the Iowa House in 1990 and rose through the Repubican ranks to become House Majority Leader. He left the Iowa Legislature after nine consecutive terms and was hired by then Iowa Secretary of Agriculture Bill Northey as director of the Division of Soil Conservation. After three years he took over as the head of the DNR and says it has been a lot of traveling across the state to visit the various parks, hatcheries and other facilities of the agency.

“In order to be able to represent those people and to educate your staff and be educated by your staff you have to get out to where they are,” Gipp says. “So I’ve made a concerted effort to get out there and learn from my people, and at the same time let them know from me what functions we do here in Des Moines on their behalf.”

Leading the DNR is a high profile job and Gipp has been the target of a lot of concerns on issues from water quality, animal confinements to the deer population. He says he has learned to deal with the good and back feedback. “I have to remind myself at times that in electoral politics 60 percent is a landslide,” Gipp says with a laugh. “And so that’s what we do. And be satisfied that if you are doing your job and you are a multi-task agency, that not everybody is going to be pleased. But you try to do the best that you can and be consistent,” Gipp says.

He says the agency doesn’t get to make the law — they enforce the law as it is — and they try to do that with as much input as possible. “At the Department we’re in the cost avoidance business. Often times you have hundreds of millions of dollars spent on cleaning up sites after the fact instead of avoiding having those cleanup costs by avoiding having contamination or some other action take place,” Gipp says. “So, cost avoidance is a lot of what we do at the department too. And in order to do that you’ve got to get people to trust you that they can go to the department, ask what we should or should not do, to avoid those tremendous clean up expenses.”

The DNR and other agencies have faced issues with the budget in recent years. Gipp says he understands what legislators are dealing with. “They have to make difficult choices over there. I’ve been there I know what it’s like to be in the legislature, I know what it is like to be in a leadership position and you are not going to please everybody,” according to Gipp. “But at the same time there’s functions for government, there is functions for government and I think it’s important people to realize that and policymakers to realized that.”

The DNR has looked at cutting back hours at state parks and Gipp recently talked about “dynamic pricing” that would charge more at some of the more popular parks. He says maintaining the parks and other natural resources in the state can’t be overlooked when it comes to keeping young people here when they graduate.

“In order to allow those kids to stay at home in their own local communities — then quality of life is one of those things that the citizens of the state are going to have to understand that it is important to invest in order to keep your workforce,” Gipp explains. Gipp says one of the things he is most proud of in his leadership of the DNR is getting the employees to see the many parts of the organization as one overall department — not individual bureaus.

“Our job is to help enhance and protect the resources for the majority of the citizens of Iowa. There’s always going to be somebody that gets left out because they have a different view ,” Gipp says, “but everything we do here is to provide for the majority of the citizens to have the opportunity to (use) the natural resources. What we’ve done here is people take great pride in what they do and take great pride in working with other parts of the agency.”

Gipp says building that pride and leading the DNR has been the crowning achievement of his career. Gipp says he is looking forward to being able to spend more time with his family and do some of the things he wasn’t able to do while working in Des Moines.