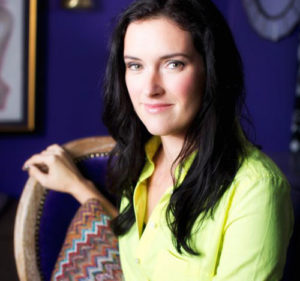 The hostess of the Cooking Channel program “Good to Know” is urging Iowans to change up their grocery shopping habits.

Laurie March, who also appears on the HGTV show “House Counselor,” notes Iowa farmers may be helping to feed the world, but a lot of that food winds up in the garbage.

“Believe it or not, one-third of all the food that’s produced on earth gets wasted,” March says. “Much of it is ending up in a landfill.” A study finds the average American wastes $27 worth of food every week, or about $1,400 worth per year. March says the food waste problem causes double-trouble in the state’s landfills.

“Aside from taking up a ton of space, all that food is breaking down and it’s releasing methane gas, which is a greenhouse gas and it’s contributing to our climate change,” she says. We should stop buying food in bulk, March says, and make out a weekly meal plan, only buying what we’ll use that week.

“Obviously, we can all make some changes in our shopping habits,” March says. “We can look to use food better, is there some preserving you could do at the end there or is there a big soup you could make where you could throw lots of things in before they go bad.” In addition to freezing leftovers, she suggests sharing with friends and neighbors.

“Use everything and maybe keep a journal,” March says. “Look at the end of the week and say, ‘Hey, wow, I wasted all of this so when I go to the grocery store next time, I’ll buy half as much,’ so you don’t throw away that 27 bucks a week.” She also suggests using your garbage disposal more instead of tossing food in the trash. So it won’t end up in a landfill, that food goes through the water treatment system which she says is more environmentally-friendly.