You are here: Home / Crime / Courts / Centerville woman charged in murder of husband 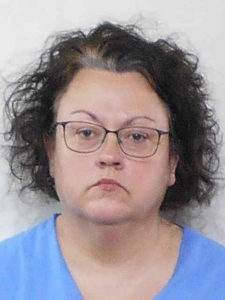 The wife of a man found dead in a southern Iowa house fire earlier this month was arrested Friday and charged with murder and arson.

Barbara Pasa, 45, is accused of starting the fire in Centerville on May 5. Firefighters found the body of 50-year-old Timothy Pasa inside the home.

Police say the couple was splitting up. She had taken out a $200,000 dollar life insurance policy on her husband and he had recently expressed concerns that his wife was poisoning him.