You are here: Home / News / La Nina is over and the summer ahead could bring more heat, more rain 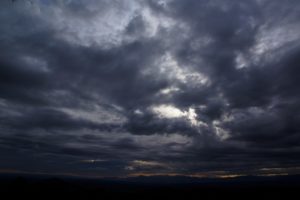 The experts say our region’s weather patterns will likely be changing for the warmer and wetter in the seasons ahead, but how much they’ll change is still anybody’s guess.

Meteorologist Dennis Todey, director of the USDA’s Midwest Climate Hub — based in Ames, explains it this way:

“La Nina is no longer, it’s officially done, so now we are in between phases, which we jokingly call La Nada,” Todey says. “We’ll start watching for how quickly we’ll transition if there are any influences that look El Nino-like as we look towards the fall and winter.”

La Nina patterns often bring cooler temperatures along with more storms in some areas and droughts elsewhere. El Nino patterns typically do the opposite.

Todey says the region’s outlook for the month ahead will likely include more rain than normal.

“June has wetter chances to the east with decreasing coverage in the summer and we’ll have to keep our eye on that,” Todey says. “Because there’s no specific drying or showing in the outlooks, we’ll need to monitor for changes because convective season precipitation is a very difficult thing to assess.”

A few months ago, there was a lot of grumbling about the long cold winter that stretched well into spring. Todey says there may soon be a complete reversal, with prolonged higher temperatures in the long-range forecast.

“Warmer likely for the whole region in June but the edges of the area we deal with have a better chance of being warmer throughout the whole summer,” he says.

Todey says the development of an El Nino pattern later this year could have an impact on the weather from next winter into next spring.