You are here: Home / News / Three Democrats, one Republican and a Libertarian line up to challenge Steve King 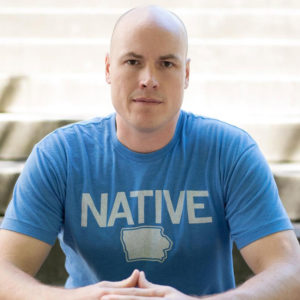 Republican Congressman Steve King has a primary opponent and three other candidates are competing to be the Democrat who runs in the fourth congressional district this fall.

King is seeking a ninth term in the U.S. House. The district is decidedly Republican, but the Democrats who’ve lined up to run against King are hoping King’s headline-grabbing comments may be a turn-off for Republicans and independents, while Democratic turn out may be higher in a mid-term election.

Thirty-eight-year-old J.D. Scholten, a paralegal from Sioux City, is a former professional baseball player who says his competitive energy extends to the political field.

Fifty-five-year-old Leann Jacobsen is a member of Spencer’s city council who helped start a farmers market and a coffeehouse/wine bar in Spencer.

“I don’t think candidates that have run in the past have done a really intentional job of holding Steve King accountable for the fact that he does nothing and gets nothing done,” Jacobsen says.

Fifty-eight year old John Paschen, an Ames pediatrician, says running for office wasn’t on his bucket list, but Paschen says he felt he had no choice but to run given the current political climate.

The Republican running against Congressman King in the primary is 46-year-old Cindi Hanson of Sioux City, an administrator at the community college campus in South Sioux City, Nebraska. Hanson, who says she is a moderate Republican, argues it’s time for some collaboration in congress, “instead of being severely entrenched and in an extreme position.”

Congressman King says he believes he has a “reasonable chance” to win in November.

Libertarian Charles Aldrich of Clarion is also running for congress in the fourth district. Aldrich, who ran for the U.S. Senate in 2016, is an industrial engineer.