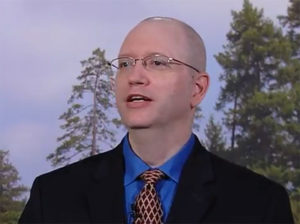 Doug Gentile started studying video games, and their impact on players, in the late 1990s. Gentile admits he was initially skeptical of parents who claimed their children were “addicted” to video games.

“The more I studied it, the more I realized I was wrong,” Gentile said. “In fact, there are some kids who take serious damage to their lives because of the way in which they are gaming.” Research conducted by Gentile estimates just over 8-percent of youth gamers are addicted at a clinical level. According to Gentile, the World Health Organization’s action is a critical step toward getting gaming addicts the help they need.

“Until it’s recognized as a real problem by the medical community, you can’t really get help – no one is treating it, insurance won’t pay for it,” Gentile said. “So, now that it’s being recognized as a bonafide problem, hopefully treatments will become more available and we can start studying what types of treatments are most effective.”

Video game addiction can have long-term, damaging consequences, according to Gentile. One research study he led involved some 3,000 kids – who’s gaming habits were monitored over a two-year period.