You are here: Home / Fires/Accidents/Disasters / Work continues to clean up train derailment in northwest Iowa 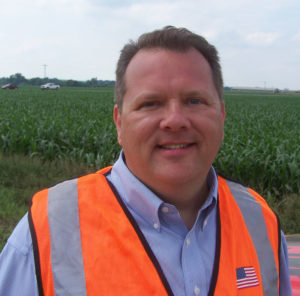 Burlington Northern Sante Fe officials say they’ve built a temporary road to the site of Friday’s train derailment along a flooded stretch of tracks near the Lyon-Sioux county line in northwest Iowa.

While 32 cars derailed, BNSF spokesman Andy Williams says 14 of them leaked some 230,000 gallons of crude oil into the flooded fields. Clean-up operations have been underway around the clock. “We’ll be having HVAC vehicles come in and get all of the oil out of any damaged cars,” Williams says. “We will pull those cars off the track and locate them in a field just east of the derailment site where we will build a berm. Once that berm is built, we will start cutting those cars apart and moving them out by truck.”

At least ten cars have already been drained of oil and seven were moved to that nearby field to be disassembled. Williams says they’re trying to contain all of the spilled crude. “There was a culvert that ran underneath the highway from the site,” Williams says. “We’ve plugged that up so no additional oil that might be in that area can seep out and go into other fields. It’s simply a bladder you put in the culvert and inflate with air which stops the water from coming through.”

Skimmers and booms were placed near the derailment site which Williams says have already captured at least 100-thousand gallons of oil. “We installed a device where there’s pipes on the bottom bed of that area where the water is, in between the track and the road,” Williams says. “It sucks the water up, not taking any oil because the oil is on top of the water, and it takes that clean water and shoots it across the road into another area where it’s able to drain away.”

Williams says the clean-up process may take several days, possibly weeks or months. He says oil may have stretched a distance of up to five miles from the derailment site. He had no estimate on the cost of the clean-up.