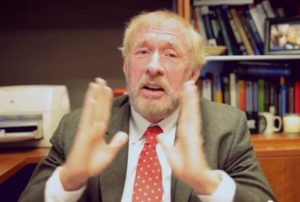 A new survey indicates the Midwest economy is still in expansion mode, but the growth is slowing due to trade and tariff concerns. Creighton University economic Ernie Goss surveys supply managers in nine states, including Iowa, and just issued his report for June.

“The overall index was down, but still in a range pointing to solid growth in the next three to six months, although that growth is going to be a little bit slower,” Goss says. “We’ve got interest rate hikes coming and we’ve already had interest rates hikes and, of course, the trade tensions — that tends to slow growth as well.”

Goss says federal tax cuts were a boost to the Midwest businesses at the start of the year, but Goss expects the Federal Reserve’s expected interest rate hike this fall to be a damper on the economy.

“These trade tensions that’s really a significant factor, particularly for Iowa and most of the eight other states that we survey simply because agriculture is in the cross-hairs of any trade tensions, tariffs, trade wars and that’s certainly having some impacts, according to our survey,” Goss says.

The Midwest employment outlook is still on an upswing according to the professor’s survey.