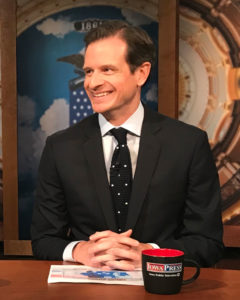 A Cedar Rapids city councilman says some key flood protection measures for downtown Cedar Rapids that are part of a massive 750-million dollar plan have already been built.

The Army Corps of Engineers announced Thursday it would forward $117 million to the city for structures along the east side of the Cedar River. Cedar Rapids City Coucilman Tyler Olson says the plan, though, includes protection along the west side of the river as well.

“That’s a decision that Cedar Rapids made as a community made years ago as we were recovering from the flood in 2008 and planning how we were going to build flood protection,” Olson says. “It’s a series of earthen levees, removal flood walls, permanent flood walls that oftentimes are integrated into the structures that are built on each side of the river.”

Olson says the entire plan will take 10-to-15 years to complete. Some components have already been established.

A flood wall is built into the base of the trucking company’s headquarters. Olson made his comments during an appearance on this weekend’s Iowa Public Television’s “Iowa Press” program.

The State of Iowa has pledged $267 million for the massive flood protection project in downtown Cedar Rapids. City leaders like Olson have begun discussing how to come up with the funds for the city’s share of construction costs.