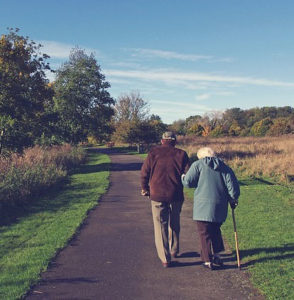 Iowa ranks among the top third on a list of best states in which to retire, according to a new report from the personal finance website Bankrate.com.

“Iowa did very well — its best category was cost of living, which is obviously very important for seniors who are living on a fixed income,” Tepper says. “It finished #11 and that really propelled it up towards the rankings. Health care quality, Iowa finished #12.” The Hawkeye State landed relatively high on the report thanks to its good placement in key categories which are important to retirees, things like health care costs and crime.

“You’re going to spend some $280,000, a couple will — when they turn 65, throughout their retirement on health care, so you want to make sure those dollars are going toward better outcomes,” Tepper says. “On crime, Iowa’s a relatively safe place to live.” There were only a few areas where Tepper sees room for Iowa to make improvements.

“The main places where it didn’t do particularly well were weather and taxes,” Tepper says. “Weather, Iowa was 33rd, taxes it was 40th. Higher taxes put a bigger burden on retirees who are living on those fixed incomes.” South Dakota ranked as the best state in which to retire, followed by Utah, Idaho, New Hampshire and Florida. New York placed last on the list, just below New Mexico, Maryland, Louisiana and Arkansas.