You are here: Home / Agriculture / Pesticide drift and damage becoming a bigger problem 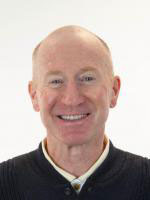 A new report estimates more than one-million acres of soybeans have been accidentally damaged by the use of dicamba herbicide despite strict usage rules.

“He damaged several hundred acres and he admits he sprayed when the wind speeds were less than three miles an hour,” Hartzler says. “That’s a stewardship problem. The label clearly states not to apply under those conditions.” State officials have received 121 complaints of herbicide drift this year, compared to 82 statewide in early July of 2017.

“With the acres we have here in Iowa, sometimes applicators get behind and they feel pressured to apply products under less-than-ideal conditions,” Hartzler says. “With other herbicides, you can get away with that, with dicamba, you can’t.” Hartzler says you can only do so much with education.

“The company worked hard last winter trying to get everybody trained,” he says. “I’m convinced that volatility is still an issue and all of the education in the world is not going to prevent problems with that.” Hartzler says he’s not convinced further regulation is the answer, either.

“It’s already difficult to find appropriate times to apply the product,” he says. “If you further restrict application windows, it greatly reduces the value of the herbicide.” Hartzler says it’s a difficult situation and producers need to do a better job of selecting fields where the product is applied. He says more attention also needs to be made to strictly follow the label. Arkansas and Missouri banned the sale and use of dicamba last year following multiple complaints of crop damage due to drift.