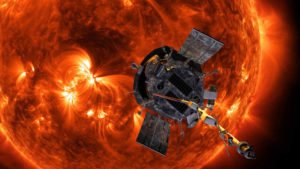 You think it’s hot on the Midway at the Iowa State Fair? A NASA space probe, designed in part at the University of Iowa, will be launched tomorrow morning on a mission to the sun.

U-I physicist Jasper Halekas, a co-investigator on the Parker Solar Probe, says his main experiment is focused on what’s known as the solar wind. “It’s ionized hydrogen and helium and electrons,” Halekas says. “Those compose what we call the solar wind which is this stream of hot plasma that flows out from the sun constantly at around a million miles an hour.”

Halekas’ helped to design SWEAP, which stands for Solar Wind Electrons Alphas and Protons. It’s housed in three clusters of instruments onboard the spacecraft. With a reflective heat shield comprised mostly of carbon foam, the compact car-sized probe is built to withstand the incredibly scorching heat of the sun. 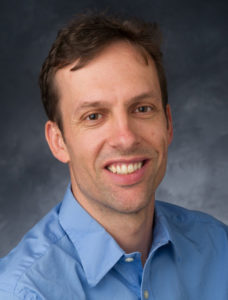 “We’ll get to about 25 times closer to the sun than the Earth is, which is about seven times closer than any human-made object has ever been before,” Halekas says. “In actual terms, that’s about four million miles.” By comparison, the closest planet to the sun, Mercury is about 36 million miles from the sun, so he says this probe will get “right in there.”

The spacecraft will do a fly-by of our solar system’s second planet, Venus, in order to use its gravitational pull to “slingshot” the probe closer to the sun. “About two months into the mission, we do our first fly-by of Venus and about a month after that, only three months after launch, we do our first close pass of the sun,” Halekas says. “Then, over the course of seven more years, we do six more fly-bys of Venus and nudge ourselves closer and closer and closer into the sun.”

Launch of the solar probe is scheduled for about 2:30 AM/Central on Saturday from Cape Canaveral, Florida, atop a Delta IV Heavy rocket.