You are here: Home / Human Interest / ISU student sees the world in summer of research 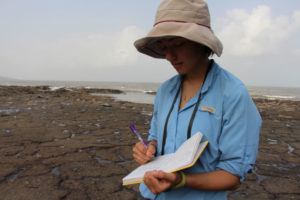 Classes started Monday at most of Iowa’s colleges and universities and it’s unlikely any student had a more adventurous summer than Iowa State University sophomore Chanel Vidal.

The geology major from Iowa City spent one week on a research vessel on the Atlantic Ocean traveling to Barbados, six weeks studying in India, and another few weeks gathering gas samples from an active volcano on the Canary Islands.

“Being able to be out on the ocean in India, obviously for my cruise, and in Spain kind of gave me an idea of what earth is really like,” Vidal said. “Seventy-percent of earth is covered by water, so it just kind of gave me a more realistic perspective of what I’m dealing with , with earth, when I’m studying geology.” Vidal studied three different fields of geology over the course of this summer. 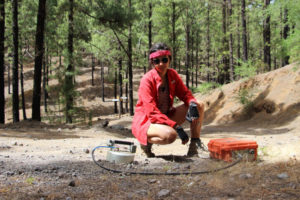 “I am so much more excited to be in my degree program now because I see that I have so many opportunities, different fields I could go into, different places I could travel, and cool people I can meet through my field. So, it just reaffirmed my passion for geology,” Vidal said.

Following her time in Ames, Vidal hopes to eventually land a job with NASA – combining her loves of working on a team and exploring the mysteries of geology and space.

“The ultimate dream is to be an astronaut because that is the epitome of studying space, geology, and working in teams. But, if I can be part of any planetary geology research or any kind of research with NASA, I will be so happy,” Vidal said.