You are here: Home / News / Gas prices expected to start dropping with end of summer driving 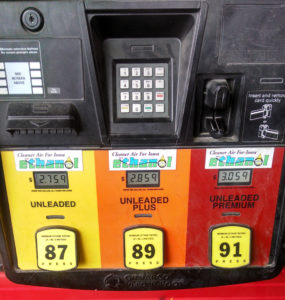 As the weather gradually gets cooler, gasoline prices are also cooling off, and industry analysts say prices should start to fall in Iowa and nationwide, likely within days.

Rose White, at AAA Iowa, says the approach of Labor Day means an end to the summer driving season and a drop in demand. “The national gasoline price is likely to average $2.70 a gallon this fall,” White says. “That’s down from the current price of $2.84 a gallon and more than a quarter cheaper than this year’s record high of $2.97, set in May.”

The average price for gasoline in Iowa is now $2.72 a gallon, that’s more than 40-cents higher than a year ago. White anticipates pump prices will spiral downward soon as the switch from summer to winter-grade fuels begins. “In September, gasoline demand typically drops as refineries switch to cheaper-to-produce winter fuel blends, putting downward pressure on prices at the pump,” White says. “In addition, we’re seeing the end of the summer travel season which causes a downturn in demand.”

While current gas prices in Iowa are almost identical to a month ago, White predicts they’ll start coming down very soon. “Some of the drop in fuel prices could actually occur this weekend prior to the Labor Day holiday,” White says, “but if not, many of the retail outlets will start showing lower prices, we anticipate, right after the Labor Day holiday period.”

Waterloo and Dubuque are tied for having the most expensive gas in the state, averaging $2.76 a gallon, while the cheapest gas is in Council Bluffs at $2.64. Iowa’s all-time highest gas price hit in July of 2008 with $4.02.