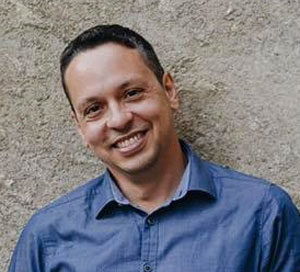 The founder of the liberal “Daily Kos” today said Democrats around the country have been winning in “weird, crazy” conservative places like Alabama and western Pennsylvania, but Markos Moulitsas said the depth of the so-called “blue wave” is still developing.

“Can it filter down to places in Iowa where the demographics have historically been trending toward the Republicans? That’s actually one of the big questions of Election Night, of November,” Moulitsas said. “I think that question’s going to be answered by the intensity and the amount of work that people in places like Iowa put towards making those victories happen.”

Moulitsas was the keynote speaker at the 4th annual “Corn Feed” hosted by Progress Iowa this afternoon. During an interview with Radio Iowa, Moulitsas cited primary and special election results indicating Democrats are voting at a rate that’s 10 and 12 points higher than turn-out for Hillary Clinton in 2016. Moulitsas said Republican turn-out may be lagging for several reasons, like the trade war.

“I’m not seeing a lot of minds changing yet, at least I’m not seeing it in the data — either in Iowa or anywhere else,” he said. “I’m seeing Republicans tuning out because they thought they voted for something that they’re not getting.”

Moulitsas founded Daily Kos as a group blog in 2002. He’s the co-author of “The Resistance Handbook: 45 Ways to Fight Trump”.

(Photo courtesy of the Daily Kos)