You are here: Home / Sports / Morningside and Briar Cliff prepare to saddle up

Some rivalries feature a bronze pig or a brown jug but in Sioux City it’s all about the saddle. Morningside and Briar Cliff collide on Saturday in the “Battle for the Saddle”. It will be the 16th meeting in the series but the saddle made its debut on the Morningside sideline for the 2007 game.

“We were just talking about what we wanted to do to motivate our guys and one of our players, Joe Don Hunter, had an old saddle and brought it in”, said Morningside coach Steve Ryan. “He and a few of the seniors put together a story about how we were going to battle for this saddle. We pull it out every year for the game and we talk about it and its value in this rivalry.”

With wins in the previous 15 meetings the Mustangs have never relinquished the saddle but Briar Cliff appears ready to make this a rivalry. Under second-year coach Dennis Wagner the Chargers are 3-0 for the first time in program history and their average margin of victory is 22 points.

“Our whole thing when we got here was we needed to change the culture not only of our football team but the community, the campus and the school itself of who we are and what we want to be”, said Wagner. “We are doing that now but obviously we still have a long way to go.” 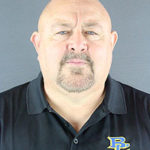 Morningside won last year’s game 70-10 and Wagner says it is up to the Chargers to make this a rivalry.

“It has not been a rivalry in my opinion”, added Wagner. “They have basically gotten after Briar Cliff. We have had football for 15 years and it has not been much of a match for Morningside but they are the measuring stick in our conference for everyone.”

The Mustangs are 3-0 and ranked second in the latest N-A-I-A Poll.