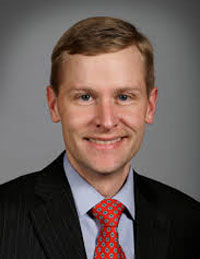 A newly formed company is planning to do business in a northwest Iowa Tyson Foods plant that was shut down in 2014.

Iowa Food Group plans to start operations in January with 100 workers. “They will purchase boxed beef and cut that beef into steaks, fajita meat, and things like that. They’ll repackage it and resell it to (grocery stores) and restaurants,” Anderson said. “So, it’s value-added agriculture, I guess you would say. It may be processed by somebody else, as far as being harvested, then they will take it and further process it.”

Iowa Food Group owners hope to eventually employ up to 500 people at the plant. Around 450 people lost their jobs in 2014 when Tyson closed the Cherokee plant in 2014. According to Anderson, more positive economic news is on the way. A local business will break ground on a $2 million expansion project on September 28.

“Foundation Analytical Laboratory, which is here now, will be breaking ground on a new facility. So, it’s another tremendous announcement. We’ve had a great couple of weeks,” Anderson said. Cherokee has a population of roughly 6,000.