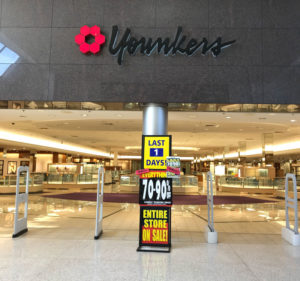 With the fall harvest getting underway it won’t be long before the holiday shopping season is upon us.

You’ll find fewer options available for that shopping with the closing of some of the iconic retail stores across the state. Iowa State University apparel expert, Linda Niehm and her colleagues have researched the issue and she says the closings of Younkers, K-Mart and other stores is as inevitable as the change of seasons.

“As we look over time — and there is research to support this — new formats will come into being, they’ll be in existence for some number of years as long as they remain relevant to the consumer,” Niehm says. “Retail is very customer focused. Everything is driven by what the customer is looking for. She says the change in retail formats is nothing new.

“I always like to give the example of the five-and-dime store, which for many decades you would see on every main street. Every town had one, and now those have been replace by the Dollar General and the Dollar Tree and those sorts of formats,” Niehm says. Niehm says the change in formats is part of what led to the demise of the Younkers stores.

“We probably were oversaturated with stores of different types,” Niehm says, “so now we are starting to see this natural siphoning down of the number of retail operations,” Niehm says. On-line sales have played a part in the demise — but Niehm doesn’t believe brick-and-mortar stores are going to all go away. 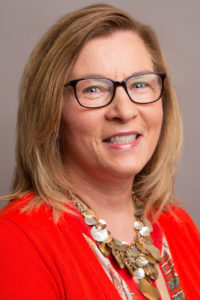 “Stores are going to continue to be around. Even with all the on-line shopping there are certain things that you want immediately,” according to Niehm. “You know that might be perishable or a special item that you really need to try on, look at, feel.  Everything can’t be done online.”

Niehm does expect to see an increase in the use of the store format called “Showrooming.” “Showrooming is where you have a smaller retail space, but you would perhaps show some of your new additions, your new lines, new brands or subbrands that you want to promote, best sellers — but you wouldn’t have everything that you offer right there in the store,” Niehm explains. She says that helps cut the cost for retailers of maintaining a larger store. And she says they will still allow you to look over their entire line online.

Niehm says the showrooming operations will be more targeted at types of customers. “Concurrent with that showrooming trend I think would be the integration of experiences into retail. And I think that’s something we didn’t see a lot of — at least successfully at some of the department stores or big box stores,” Niehm says. Niehm says its about building brand identity and bringing that brand to life for customers.

The trend is driven by Millennials who look for brands they trust and which resonate with their values. They also are less interested in large stores featuring a variety of options, and prefer shops targeted to their interests.