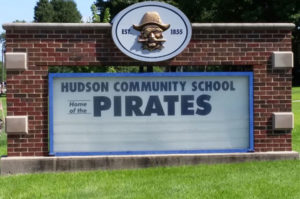 A northeast Iowa school district near Waterloo dismissed classes early Wednesday, due to a high level of carbon monoxide in the elementary building.

Hudson Community Schools let out at 11:30 a.m. after district officials discovered a higher-than-normal level of the odorless, poisonous gas in the school’s kitchen. A C.O. detector went off sometime during the morning, alerting school officials of the leak — the source of which was traced back to an old heating unit in a storage room.

Although the gas levels were not immediately considered to be dangerous, school officials decided to cancel classes for the day as a precaution. The readings apparently weren’t connected to air-quality issues that the school was recently dealing with or an on-going construction project at the building.

There was no indication whether classes at Hudson would resume, as scheduled, on Thursday.