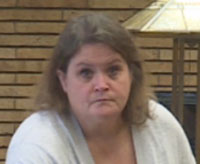 A former teacher in northwest Iowa has avoided jail time after admitting she stole money from a school account for Special Olympics and other programs.

Forty-nine-year-old Melissa Dickerson was a special education teacher at Sioux City East High School. She was sentenced Monday to five years probation after pleading guilty to second-degree theft for stealing from the school’s Special Olympics and Friendship Connection group accounts that she had set up.

Dickerson admitted she took money from the accounts to pay personal bills. In addition to probation, a judge ordered Dickerson to pay over $5,000 restitution to the Sioux City Community School District and complete 100 hours of community service.