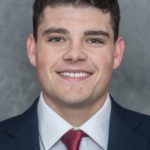 Iowa State head football coach Matt Campbell announced today that sophomore quarterback Zeb Noland has left the football team and will transfer to another school at the end of the semester.

Noland, a native of Watkinsville, Ga., started five games in his Iowa State career, including four this season. He passed for 722 yards (70-110) and four touchdowns in five games in 2018.

“I want to thank Zeb for his time at Iowa State,” Campbell said. “He notified me of his decision to transfer in order to find more playing time. I respect Zeb’s decision and we will assist him in his process of finding another school.”