You are here: Home / Crime / Courts / Woman arrested in Virginia in connection with Waterloo murder 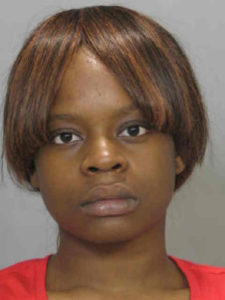 A Waterloo woman is charged with first-degree murder in a homicide case that’s more than five months old. Twenty-two-year-old Danaesha Martin was arrested in Norfolk, Virginia on Tuesday.

Waterloo police believe she played a roll in the shooting death of her cousin, 22-year-old Shavondes Martin, who’s body was found in a Waterloo alley on May 31st. An autopsy determined he died of gunshot wounds. Waterloo police say they learned on Thursday that Danaesha Martin was in Virginia. They obtained an arrest warrant, then contacted the United States Marshals Service for assistance in located her.
She was taken into custody without incident.

According to authorities, the murder of Shavondes Martin remains under investigation.