You are here: Home / Crime / Courts / 21-year-old charged with murdering his grandmother in Monona County 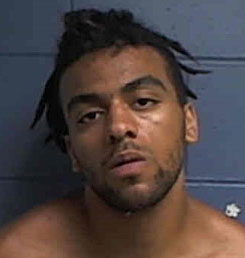 A 21-year-old who was living with his 66-year-old grandmother in rural western Iowa has been charged with killing her.

In late June, Cheryl Stowe’s co-workers asked the Monona County Sheriff to do a welfare check at her home near Castana. She wasn’t there, but her grandson was and authorities arrested Eliot Stowe on an outstanding warrant. He had threatened a parole officer and court records indicate he was charged in early June with false imprisonment and assault.

A day later, officers went back to the area and found Cheryl Stowe’s body about one-and-a-half miles from her home. The state medical examiner has now classified her death as a homicide.

On Tuesday, Eliot Stowe was charged with first-degree murder. He’s being held at the Monona County Correctional Facility on a $1 million cash bond.