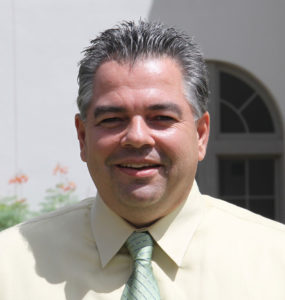 As Iowa schools are coping with funding challenges, an eastern Iowa district is considering a novel idea.

The Monticello School Board is pondering a plan to nail your name on a piece of its real estate — for a price.  Superintendent Brian Jaeger lists the various proposed prices for naming rights.

“It would be from $10,000 to get maybe to get a room named after them, up through a million dollars to get your name on a building, and, anywhere in between,” Jaeger says. “You know, we have auditoriums and gyms, libraries, cafeterias, commons area, and so the price varies among all those.”

While colleges are more versed at selling the naming rights for buildings and stadiums, Jaeger says there isn’t much of a pattern or precedent for a school district to follow. “As far as schools go, there’s not a lot that have put together a plan like this, with as much detail as we’re trying to add to this,” he says. “I think there’s a lot of school districts that are open to, when you have donors who come in and say, ‘I want to donate some money to the school district and how can I do that?’, kind of one-time opportunities without the structure we’re trying to put into this.”

Monticello is building a new middle school which expands the naming opportunities and Jaeger says there’s interest in the community. The school board will consider the idea and may apply sticker prices next month.