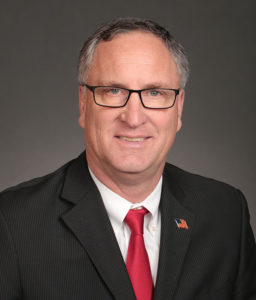 A hearing is scheduled for Wednesday on a plan that would force local officials to take a public vote if property tax payments in their city or county increase more than two percent.

Representative Lee Hein, a Republican from Monticello, says he often hears complaints from constituents unhappy with their updated property assessments.

“Don’t blame the assessor because the assessor is actually doing his job,” Hein says. “We all want our property values to increase.”

Hein says under current practice, when the assessed value of a house, business or farm increases, property owners will pay more in taxes even if the property tax levy remains the same.

“I don’t believe your local governments are being very honest with you when they tell you: ‘We are not raising your property tax levy,’ but they’re not lowering it either and then they’re gaining the windfall,” Hein says.

Hein’s proposal would require a city council or county board of supervisors to vote to approve an increase greater than two percent in local property tax revenue. In addition, voters could petition for a referendum on any property tax hike that’s above two percent.

The Iowa State Association of Counties has registered its opposition, while the Iowa League of Cities is listed as “undecided” on the bill.