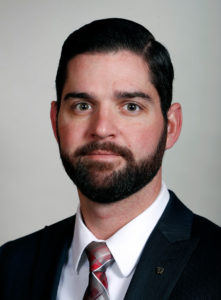 The Iowa House has voted to remove a requirement that children between the ages of 12 and 15 complete a hunter safety course in order to hunt deer with a pistol or revolver.

Republican Representative Matt Windschitl of Missouri Valley said this clarifies part of a 2017 gun rights law. “I believe that parents know best. I trust Iowans. I trust them to make the responsible decisions…when it comes to raising their children,” Windschitl said.

Under the bill, anyone under the age of 20 would be able to legally hunt deer with a handgun or pistol if they’re under the direct supervision of a parent or responsible adult who’s at least 21. Representative Art Staed of Cedar Rapids was among the Democrats who criticized the bill. Staed said it will lead to more serious injuries and deaths.

“I don’t have that same degree of trust in all the parents in Iowa,” Staed said. “Read the paper.”

House Democratic Leader Todd Prichard of Charles City unsuccessfully argued tweens and teenagers should complete a hunter education course before being allowed to hunt with a pistol or handgun.

Representative Sharon Steckman, a Democrat from Mason City, said children need to take the course to learn how to properly handle and aim a gun.

“Most hands of young children are not developed enough to hold one of these weapons,” Steckman said.

“We should not sit up here on thrones on high and tell them that we know better because we, collectively, do not,” Windschitl said.

Fifty-seven members of the House agreed and voted to send the bill to the Senate.

Under current state law, Iowans between the ages of 12 and 15 may hunt without adult supervision, but they must have passed a hunter education course and paid for a hunting license.