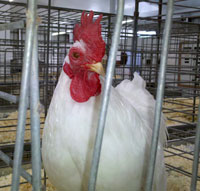 Plans for a new agri-business facility have been announced in north-central Iowa.

Cindy Litwiller is the Wright County Economic Development Director and says a company called “ReNewtrient One” plans to build a $25 million plant 10 miles southeast of Clarion. “Their plan is to take raw poultry litter, or chicken manure, and convert it into an organic fertilizer,” Litwiller says. “Through their process, they will have three different byproducts of their process.”

The company plans to source its raw material from nearby egg-laying facilities. Officials say one of the side benefits will be to cut down on pesky flies in the county.  “It will help eliminate the storage you see sometimes out in the fields with chicken manure waiting to be spread on farmland for fertilizer,” she says.

The plant will hire nine full-time employees. Ground breaking for the facility will be held later this month with completion expected by late this year or in early 2020.