You are here: Home / News / Iowa ag secretary urges farmers to prepare for flooding throughout the state 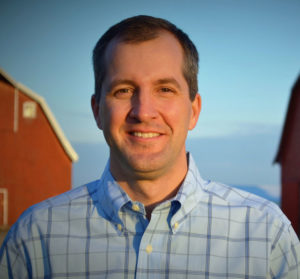 Iowa Secretary of Agriculture Mike Naig is warning that flood concerns are rising in northwest and north central Iowa.

“This is not just a southwest Iowa situation,” Naig told statehouse reporters on Monday. “It’s bad there, but folks need to be preparing and try to take precautions.”

Until the waters recede, it’s hard to assess the condition of cropland. It’s likely sand will be left behind in many places, along with other debris.

“That can really impact folks for longer than one growing season,” Naig said.

Another hurdle for the looming 2019 spring planting season is large farm equipment cannot travel on rural gravel roads that are in such soggy shape.

“Be hopeful that drier conditions will prevail and we’ll end up with a largely normal spring planting season over most of the state,” Naig said, “but hard to imagine that those folks impacted by flooding today are going to have anything close to a normal growing season.”

Naig is advising farmers in the current flood zone to contact their local USDA service center to talk through what federal assistance or loans may be available.

“Everybody’s situation is just a little bit different,” Naig said. “How you’ve marketed your grain, what your insurance coverage is and so it’s hard to say with a broad brush just how every individual producer would be impacted.”

Crop insurance does not cover the grain once it’s been harvested. Some farmers who have an “umbrella” policy to cover all sorts of losses might be able to make a claim for spoiled grain in storage. Grain bins have been damaged by the flooding, plus corn or soybeans inside a bin that’s been swamped may be swelling and cause more damage to the structure.