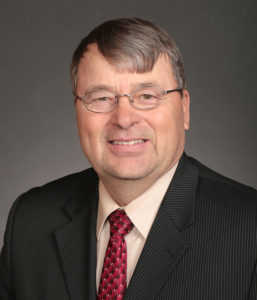 The Iowa legislature has voted to let three-wheeled vehicles used to spray farm fields carry up to 25,000 pounds of chemicals or nutrients on Iowa highways. Representative Cindy Winckler, a Democrat from Davenport, said the bill will have unintended consequences.

“As we continue to have heavier and heavier farm equipment and raise weight limits, we are putting our roads and bridges in jeopardy,” Winckler said.

“They said this is not a good thing,” Steckman said. “It could add too much of a load onto our already old bridges, most of which are in very bad shape.”

Republican Representative Norlin Mommsen of DeWitt said the tires on sprayers are not like regular truck tires, but function a bit like snow shoes.

“I can walk across a snow drift and not sink in because I’ve spread that weight out,” Mommsen says. “And that’s what flotation tires do.”

Distributing the weight of a sprayer is important in a corn or soybean field.

“When you drive these vehicles, they spend most of their life in a field, we have to deal with compaction, so it’s necessary to spread that weight out so we don’t compact our soils,” Mommsen said. “I believe with these flotation tires, we’ll be doing less damage to the roads, even with the increased weight limit.”

The Iowa Senate passed the bill unanimously last week. The House passed it Tuesday on a 73-25 vote and sent it to the governor for her consideration.