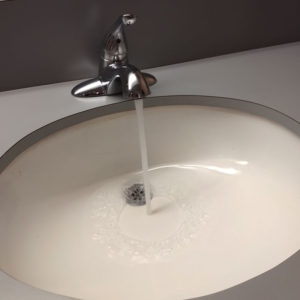 An investigation by two environmental groups finds many thousands of private wells across Iowa are polluted by farm-related contaminants that could be making people sick.

Cindy Lane, water program director for the Iowa Environmental Council, says they studied state records of private well testing from 2002 to 2017 and found repeated unsafe levels, likely due to runoff from farm fields. “Thousands of domestic wells in our state are testing positive for coliform bacteria as well as nitrate, which is a chemcial found in fertilizer or animal manure,” Lane says. “Nitrate, in particular, is often linked to detrimental health effects and increased risk of things like cancer or birth defects.”

Between 230,000 and 290,000 Iowans rely on private wells for their household drinking water, but Lane says over the 16 years examined, only 55-thousand wells statewide were tested for nitrate, bacteria or both.  “The amount of risk is unknown because out of those 55,000 wells that were tested, about 22,000 of those came back positive for coliform bacteria at least once,” Lane says. “Another 12% of those had nitrate levels that were at or above the legal limit set by the EPA for a public drinking water system.”

The report finds almost three-fourths of Iowa’s private wells that were polluted by the contaminants were in rural counties. It also says, “Agricultural pollution of drinking water in Iowa is worse than most people have previously thought.” Lane says the solution is three-fold. “We need more counties to participate in a grants-to-counties program that’s currently optional so that private well owners can have access to financial assistance to test their wells,” Lane says. “More public awareness for well testing, and we need resources so that private well owners who do find that their wells are being impacted, they can use those resources to remediate the problem.”