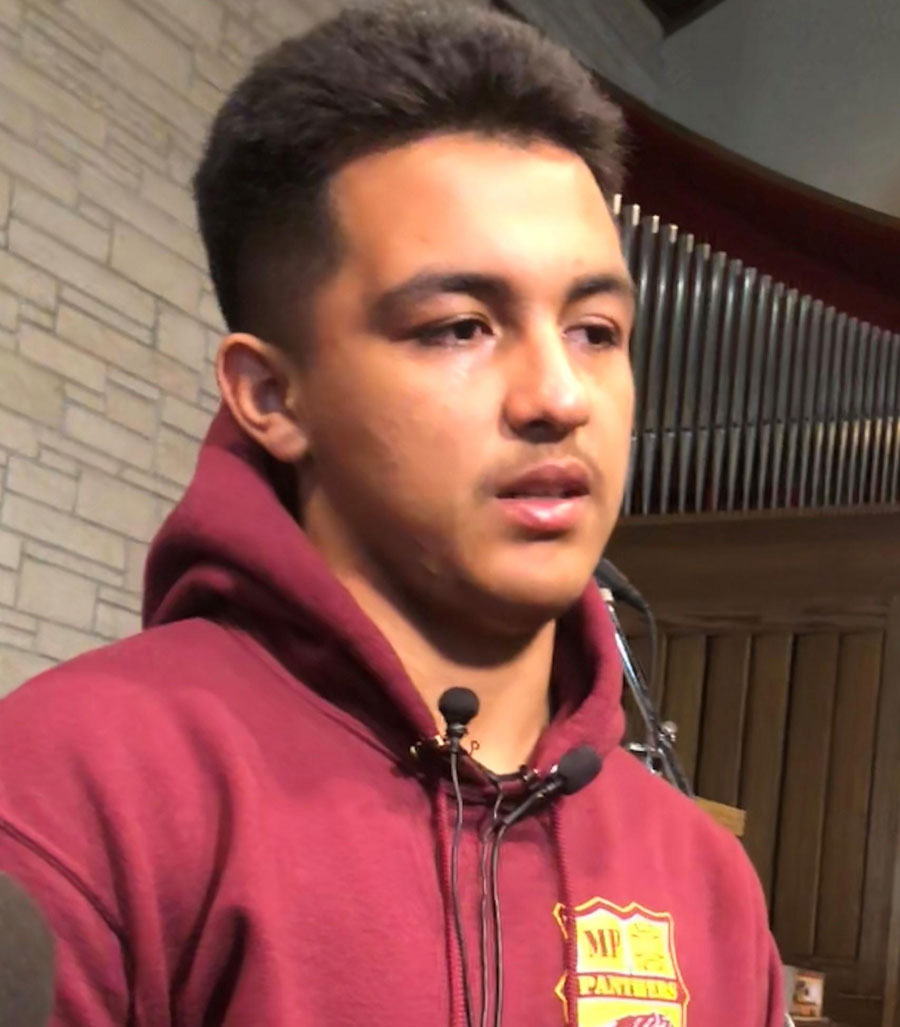 Oscar Lopez’s father was among those arrested in last year’s immigration raid in Mt. Pleasant.

On Sunday, worshipers marked the anniversary with a bilingual prayer service and a community meal at a local church. Attendees sang and prayed in Spanish and English at St. Alphonsus Catholic Church for families who have been separated, and for lawmakers to implement immigration reform.

Bishop Thomas Zinkula, of the Davenport Catholic Diocese, helped to lead the service. “Many people in and outside of this community look into the eyes of the 32 men who were detained after the ICE raid at the concrete plant a year ago,” Zinkula says, “and also into the eyes of their family members, they saw brothers and sisters.”

Many of the 32 men arrested in Mount Pleasant were primary breadwinners for their families. Some are still waiting for immigration hearings a full year after the raid.