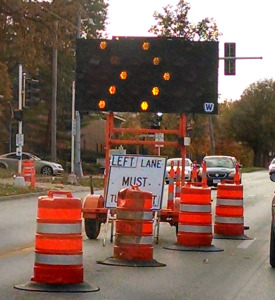 DOT spokesman Stuart Anderson says they expect to have around $3.5 billion available — which is similar to past years. “It stays relatively stable from year-to-year. The last significant change in the amount of money that is available for the commission to spend on the state highway system increased back in 2015 when the legislature passed the fuel tax increase And that provided about 100 million dollars a year in additional revenue,” Anderson says.

Some projects are completed and drop out of the plan every year and Anderson says new projects are then added to the fifth year. That includes several corridor projects this year — including the final stretch of two-lane expansion of Highway 61 in southwest Iowa. “A project to build a bypass of Missouri Valley on U.S. 30, which would also include not only a bypass, but includes some levee work in the Missouri Valley area, because the bypass would act as a levee. Also allowed them to add the replacement of the Iowa 9 Mississippi River bridge crossing up in Lansing — which would be a joint project with the state of Wisconsin,” Anderson says.

And there is a project planned for Highway 63. “A northwest bypass of the city of Oskaloosa,” according to Anderson, “to try to get some of the semi traffic out of the central business district of the city.”

The plan also includes interstate projects that include I-29 reconstruction in Sioux City, six-lane improvements on I-35 in Polk and Story Counties, the I-74 Mississippi River Bridge replacement in Bettendorf, the I-80/380 Interchange reconstruction near Iowa City, six-lane improvements on I-80 in Johnson and Cedar Counties, I-380 in Hiawatha for the Tower Terrace Interchange, and the I-80/I-29 system in Council Bluffs.

Millions of dollars in damage was done to road this year by flooding — but Anderson says that is not something that’s included in this plan. “Roads that have been impacted by flooding are typically addressed outside of the five-year program. And those are typically covered with federal emergency relief funding,” Anderson explains.

You can see the entire plan online. “It is available on the Iowa DOT website. So, it is available for public review and comment. And all comments will be shared with the commission, and at their meeting June 11th, they will take action on the final five-year program,” Anderson says. A majority of the fund for the highway program comes from the federal government.