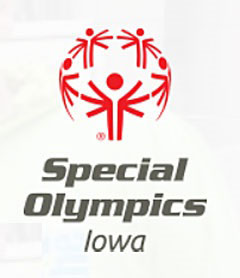 More than 2,600 athletes from across Iowa are converging on Ames this afternoon for the start of the Special Olympics Iowa Summer Games.

Karen Whitman, spokeswoman for Special Olympics Iowa, says there was a torch lighting ceremony in Des Moines this morning and law officers are running a relay to carry the torch to Ames, where one of the main events is tonight. “We’ll have our big, highly-anticipated opening ceremonies with the lighting of the torch, the parade of athletes,” Whitman says, “and then recognition of different awards like female athlete of the year, male athlete of the year and coach of the year.”

The athletes will leap into the opening rounds Friday in sports ranging from swimming to soccer to cycling. “On Friday, all six of our sports will see competition and we’ll also have healthy athlete screenings, fit assessments,” Whitman says. “We’ll have some other sports clinics going on and then on Saturday morning, we’ll wrap up with some athletic competition.”

Whitman says many of the athletes participated in several preliminary events this spring. “Some of them have had to compete in their area games to qualify for athletics and swimming,” she says. “Others have been able to come just for soccer and bocce and tennis and cycling.” Earlier this year, two Special Olympic athletes from Iowa competed in the World Summer Games in Abu Dhabi in the United Arab Emirates.

This weekend’s events in Ames are open and free to the public.