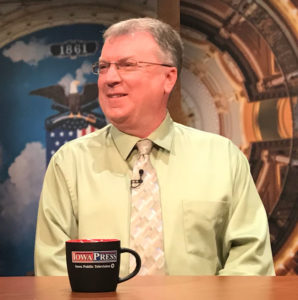 Two economists warn the escalation of trade tensions with Mexico will “speed up” the arrival of a recession. Iowa State University Extension economist Chad Hart says the tariffs increase the likelihood of a slowdown in the global economy.

“It definitely does increase the threat of a recession coming very soon,” Hart says.

Creighton University economist Ernie Goss says Iowa’s economy will take a hit if President Donald Trump follows through on the new tariffs he threatened to impose on Mexico last night.

“He’s adding 5% tariffs, at least according to his twitter, and the idea is, of course, to incentivize the Mexican government to cease or slow down immigration,” Goss says. “It’s not going to happen. It’s not going to work.”

Goss says farmers and rural communities “are getting hit very hard” by tariffs that have already been imposed.

“When politics and economics collide, economics loses and politics is winning,” Goss says. “And when politics wins, I’m not so sure it’s good for the consumer and for the producer.”

“You’re talking about three trade partners that make up a gigantic portion of global trade and basically throwing those trade rules up in the air,” Hart says, “creating a lot of uncertainty in the market, creating a lot of volatility.”

Hart and Goss made their comments during taping of the “Iowa Press” program that airs tonight on Iowa Public Television.