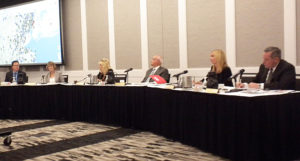 Only two people spoke today at the Iowa Racing and Gaming Commission’s hearing on the proposed rules for sports betting.

The two who spoke were representatives of online sports betting companies and the Iowa casinos, and there were no comments made by members of the public.

“I was surprised that we did not get many comments — that we only had two today,” according to Iowa Racing and Gaming Commission administrator Brian Ohorilko. He says they did do a lot of work to let everyone involved know about the rules.
He says the commission has taken a very thorough and deliberate approach when drafting the rules — including contacting multiple jurisdictions that have gone live with sports betting and listened to the industry and the public prior to the process of putting out the rules.

The comments from the two industry representatives included some recommendations for tweaking the rules before final approval. “We’ll take a look at those,” Ohorilko says,”but I think the draft that is out there is good and is hopefully close to in final form.”

The rules allow the 19 state-licensed casinos to take bets at their facilities or they can set up online betting. “One they can do it themselves, and that would be through a casino app that an individual casino would provide,” Ohorilko says. “the other way — and what we’re seeing with most of the operators — they’re entering into an agreement with advance deposit sports wagering operators. Those operators will provide the application.” 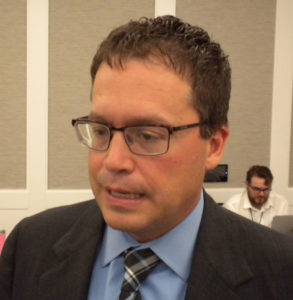 Ohorilko says the next step in approving the sports gambling rules will come at a special meeting July 30th. “The thought is that we would put those rules back on that agenda for emergency adoption. If they were adopted by the commission, there would be an affect date sometime in mid-August,” Ohorilko says. “That would allow for the casinos to finish up some housekeeping things necessary to go live with sports wagering. Things like approving rules, getting their accounts establish, other controls that are necessary for sports.”