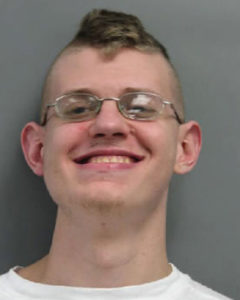 Council Bluffs police say a man who was shot to death by a police officer Wednesday was involved in two murders before the fatal confrontation.

Police say a Pottwattamie County deputy tried to stop 28-year-old Troy Petersen of Essex and 44-year-old April Montello-Roberts of Shenandoah around 2:15 a.m. Wednesday for a traffic violation. They fled while firing shots at the deputy.

A few hours later a Council Bluffs police officer spotted them and they fired shots and fled before the pickup they were in rolled. Police say Peterson took Montell-Roberts hostage after the rollover and he was shot as he held a gun to her throat.

During the investigation police found that the two had shot and killed 52-year-old Jerrot Clark of Council Bluffs Sunday during a robbery. The investigation also found that they killed 51-year-old Steven Carlson Wednesday in the time between when the got away from deputies and were chased by police.  Police say the two murders were not connected to Petersen and Montello-Roberts until they began investigating after Petersen was shot and killed by the officer. 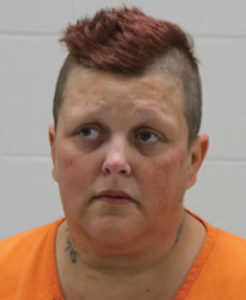 (Photos courtesy of the DCI)