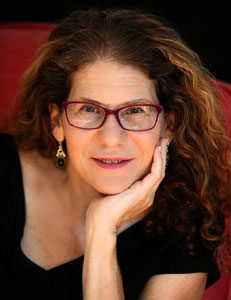 An author who taught creative writing at the University of Iowa will be back in the state this weekend to promote her latest book.

Eileen Pollack says her new novel, “The Professor of Immortality,” was inspired by her experiences teaching at the University of Michigan. The Unabomber, Ted Kaczynski, who was arrested in 1996, was a former grad student at Michigan. “When his identity came out, one of his professors said that Ted had been his favorite student and he’d given him his only A+,” Pollack says. “It set me thinking, I’d had so many students over my career who were brilliant but angry or isolated young men like Ted.”

The novel follows a fictional university professor who suspects one of her former students is a home-grown terrorist, who she calls the Technobomber. Since the 9-11 attacks, many thriller novels have focused on terrorists targeting the U.S. from the outside, but Pollack says she finds the subject of domestic terrorism more interesting.

“I was living in Michigan when Timothy McVeigh blew up the Murrah Office Building in Oklahoma City and he had connections to the Michigan Militia,” Pollack says. “One of his ardent followers was on the staff of the very university I’d just started working at, so I became fascinated.” 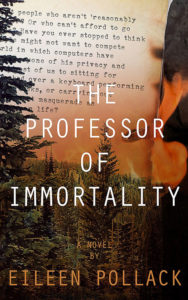 The more she learned about the Unabomber, Pollack says “my heart really broke for him even as I was horrified at what he chose to do after he snapped.” In the novel, the professor fears her missing son may be entangled with the Technobomber and sets off to find him — and warn him.

“With this novel, I’m also interested in these angry, young, white men who seem to be intent on killing their fellow citizens,” Pollack says. “I’m just really interested in why anybody would be pushed to the edge to do that.” One reviewer says Pollack’s novel studies the paradoxes and difficulties of trying to be a good mom.

“It’s tough to be a decent human being and a dad, whoever you are in today’s world,” Pollack says. “Maintaining that decency while also actually trying to accomplish something is a tough one.”

Pollack will be appearing at Prairie Lights Bookstore in Iowa City on Saturday at 10 A.M. and at Grinnell College on Monday at 4:15 P.M.