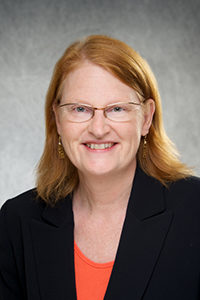 A University of Iowa pain researcher has won two grants as part of a national effort to improve treatments for pain and cut the use of opioids.

Professor Kathleen Sluka says one grant funds research into why 40 to 50 percent of people develop acute pain after surgery or following a broken bone. “This study will look at biological and psychological and various different factors in the acute period to see which of those factors are important for the development of the chronic pain within six months. And also, what were any specific factors that helped those people that got better that were different between the two groups,”Sluka says.

She says very little is known about why some people recover easily — while others have acute pain — and they hope to find pain signatures that can help them ease the pain. “Whether pharmacological therapies or non-drug therapies — to help people prevent the development of chronic pain altogether,” she says. Sluka says cutting the source of the pain should lead to a drop in the use of opioids.

“So if you have less pain and you don’t develop chronic pain — in theory there would be less use and need for opioids. And especially long-term need for opioids,” Sluka says. Sluka is a professor of physical therapy and rehabilitation science and says they also received a grant to examine a treatment that doesn’t use opioids.

“The one that we have been looking at is called transcutaneous electric nerve stimulation or TENS. And TENS is just the application of electrical current through the skin for pain control, and that activates our bodies own opioid system,” according to Sluka. She says there are a lot of benefits to using the body’s own pain killers.

“When it does that it doesn’t come with all the bad side effects of taking an opioid — it just activates the pain inhibition part. We just finished a test on a clinical trial that shows that it works very well with individuals with fibromyalgia as an addition to their existing treatment plan,” Sluka says. She says there are some products available now that use this system — but they haven’t had a lot of testing.

She says they are going out to 20 or 30 physical therapy practices and ask to give it to patients with fibromyalgia during treatment and see if it helps them have less pain, allows them to do more therapy, and whether it leads them to be more compliant with their physical therapy,” Sluka says. She hopes they want a lot more data on this type of treatment.

“Our goal is to try have this for more frequent use — just because of its safety profile and because it does work for people with pain,” Sluka says. Sluka says there’s been a lot of money put into finding ways to slow or end the opioid epidemic. She says some of it is going to be a matter of going away from the old idea that you have a pain — so you just pop a pill to take care of it.
“You know there’s a lot of options out there — but I don’t think people know what all the options are. I don’t think most people think that if I go exercise that will help my pain, They think it will make it worse,” Sluka says. “But the reality is if you exercise on a regular basis and you are more active — you have less pain.”

The first grant is $6.5 million  for four years. The second award is around the same dollar amount for five years. Sluka is working with Laura Frey Law, a U-I associate professor of physical therapy and rehabilitation science, and Christopher Coffey, a U-I professor of biostatistics on the first project. The second trial is being done in collaboration with the Vanderbilt University Medical Center and the U-I College of Public Health.