You are here: Home / News / E-cigarettes, pods to be included in Saturday’s drug take back day 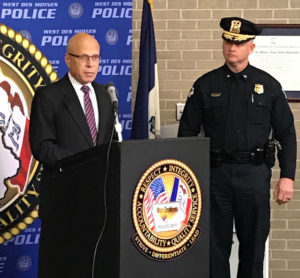 The nine dozen sites around Iowa accepting unused prescription drugs this Saturday also will let Iowans turn in electronic cigarettes and the liquid pods that are vaporized.

“There are some Iowa schools, in particular, that have collected quite a few of these,” said Dale Woolery, director of the Iowa Office on Drug Control Policy.

This is the 18th National Prescription Drug Take Back Day.

Some electronic cigarettes run on lithium batteries and Woolery said those batteries must be removed before any of the vaping devices can be turned in at sites which are, primarily, collecting unused prescription meds. The lithium batteries used in e-cigarettes were originally designed for power tools. A recent study found more than 2000 visits to emergency rooms between 2015 and 2017 were linked to an exploding e-cigarette battery.

The primary point of Saturday’s “Take Back” event is to collect unused prescription medications and state officials say the volume that’s out there is immense. For example, every month about 125 pounds of pills are left at police headquarters in West Des Moines.