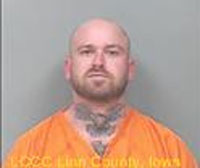 A man is now charged in the Christopher Bagley murder case in Linn County.

Thirty-two-year-old Drew Blahnik was indicted by a Linn County grand jury on the charges of first-degree murder, obstructing prosecution and abuse of a corpse. Bagley went missing from his home in Walker last December. His body was discovered by authorities in March, buried in the backyard of a home on the southeast side of Cedar Rapids.

An autopsy showed that Bagley died from multiple stab wounds.  Blahnik is being held on a one-million dollar cash bond

The Linn County Sheriff says information on additional charges against anyone else is not available at this time.