You are here: Home / News / Iowa turkey producers happy to have China back on board 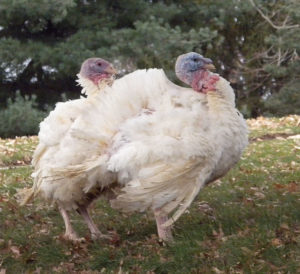 One week from now, families across Iowa will be gathering at the table to enjoy the taste of turkey.

“Some stores are running specials where if you buy a ham, you get a free turkey,” Irwin says. “Pricing for a good frozen turkey is still a really great value. Fresh turkeys are still a wonderful price as well.” Iowa turkey producers have faced economic challenges over the past year — and longer — given slumping sales due to an oversupply.

“A lot of that had to do with our trade barrier that we have had with China and recently it was announced that it has been resolved,” Irwin says. “That trade barrier had been in place since 2015 when we had avian influenza, so we’ve spent the last four years trying to reopen our second-largest trading partner for turkey.”

There’s optimism, Irwin says, that there will be a significant strengthening of the market in the year ahead. For Iowans who are cooking turkeys next week, there is sometimes anxiety about having the time to get a frozen turkey thoroughly thawed.
“If you’re in a rush and the turkey is still frozen or partially frozen, that is perfectly okay. The turkey does not need to be 100% thawed to go into the oven,” Irwin says. “I’ve even gone to the grocery store, bought a fully frozen turkey, removed it from the packaging, salt, peppered and seasoned it, put it in my roaster pan and put it in the oven.”

It’s important to note, a fully thawed turkey might take three hours to cook while a frozen turkey might need four-and-a-half hours, depending on the size. Find more tips at: www.iowaturkey.org