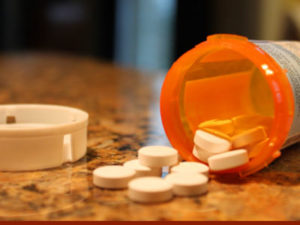 The three Iowa Democrats serving in the U.S. House voted for a bill to curb the costs of presscription drugs. Democratic Congresswoman Abby Finkenauer of Dubuque spoke during House debate of the measure, mentioning the family she recently met who have a teenager with diabetes.

“They struggle every month to try to figure out how they’re going to keep affording insulin and her meters,” Finkenauer said.

The girl’s father told Finkenauer he’s concerned that when his daughter turns 26 and cannot be included on his insurance, she won’t be able to afford her insulin.

“And he told me that he wanted to be able to walk his daughter down the aisle one day at her wedding, not her funeral,” Finkenauer said. “I will never forget that conversation.”

Congresswoman Cindy Axne, a Democrat from West Des Moines, said the legislation would lower costs for consumers and the federal government by letting Medicare negotiate the costs of the 35 most-prescribed medications. Democratic Congressman Dave Loebsack of Iowa City said the bill levels the playing field for both patients and taxpayers.

Iowa Republican Chuck Grassley has been working on a bill in the U.S. Senate that also seeks to lower drug prices. Grassley said the bill House Democrats crafted misses the mark, but he applauded the Democrats and Republicans in the House who voted for it for recognizing the need to address the issue. Grassley said the time is “ripe” for compromise because “Americans are quite literally sick of not being able to afford their medications.”