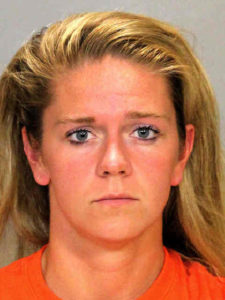 A former northeast Iowa police chief faces a possible prison term for falsifying her time card and collecting unearned pay while working for the city of Dunkerton.

Twenty-five-year-old Katherine Krieger pleaded guilty to second-degree theft and felonious misconduct charges Monday in Black Hawk County District Court. She will be sentenced on the two charges at a later date.

Krieger was also accused of tampering with records, but court records indicate those charges will be dismissed as part of a plea agreement. Krieger allegedly received $3,000 for training and meetings she never attended last spring.

Krieger was placed on administrative leave in May 2019 when suspicions of misconduct surfaced. She turned herself into authorities in June after a warrant was issued for her arrest.