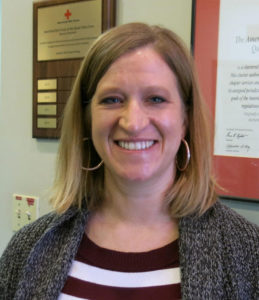 The risk of serious flooding along the Mississippi River has dropped substantially, but forecasters say eastern Iowa still faces an above-normal risk of major flooding this spring.

Hydrologist Jessica Brooks, at the National Weather Service in the Quad Cities, says snowmelt from last weekend’s warmer weather is moving downriver and there’s still much uncertainty about how much the levels will rise. “What we’re hoping is we can get that water all through the system with minimal impacts,” Brooks says, “and let the river fall down a bit before we get into our peak rainfall season here in April and May.”

She’s expecting the river to start climbing steadily over the next week, while it could rise above flood stage in some areas by the end of March. Brooks says the recent warmer weather and the steady snowmelt has brought the flood risk down. “That gets it out of the system and now we’re starting from, maybe not square one, but maybe square two,” she says, “because there is still some snow up in Minnesota and Wisconsin, but the aerial extent of that is much less.”