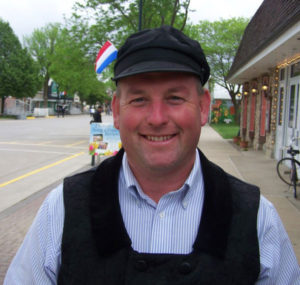 The chamber of commerce in one northwest Iowa city is launching a rebate program in hopes of spurring consumer activity in Orange City and Alton.

“We’re trying to get an influx of cash for these restaurants and small business retailers,” says Mike Hofman, executive director of the Orange City Chamber of Commerce.

The Orange City Chamber will be offering a $10 coupon for future purchases in restaurants and small businesses in Orange City and Alton for every $100 someone spends now on take-out food or other items.

People will be able to get the gift certificates at the Orange City Chamber of Commerce office later, during a yet-to-be-announced time frame. Hofman says the chamber has already raised a substantial amount for this rebate program.

“We’re working with some community partners on this to get some special funding, maybe some folks who haven’t been quite as affected,” Hofman says. “Right now I have about $50,000 available and we’re hoping to get the program up to $100,000…If we get to $100,000 that means $1 million in retail sales has happened because of the $10 rebate, so we think that could be impactful for our area.”

The rebates are not for purchases at grocery stores.

“It’s any small business retailer, so a mom-and-pop on Main Street,” Hofman says, “and any of our restaurants in Alton and Orange City that affected by this adversely.”

The maximum amount of a purchase eligible for the rebate program is $1000 which would yield a $100 rebate. Hofman says none of the restaurants in Orange City and Alton have closed and nearly all are now offering to deliver meals to local residents.

“The Tulip Festival executive committee met Monday night. We discussed the current situation which as everybody knows changes about every six hours,” Hofman says. “We are in a holding pattern right now…but as of right now the festival is still on.”

Orange City’s Sesquicentennial celebration has been planned on the same weekend. Pella’s Tulip Time festival — which was to be held the weekend before Orange City’s event — has been cancelled.