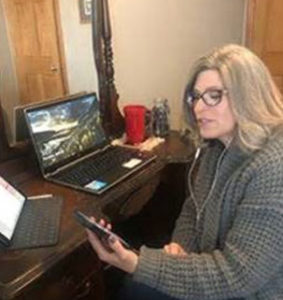 The federal program providing emergency loans to small businesses has run out of money.

“As of Tuesday, there were more than 22,000 loans that had been approved with small businesses receiving $3.5 billion so far,” Ernst said earlier today, “and that’s just the state of Iowa.”

Senate Democrats say they support putting another quarter of a trillion dollars in the small business loan program, but they’re asking for more money for hospitals as well as states and local governments hit with pandemic-related expenses. Republicans like Ernst say a discussion about that assistance can wait and the senate needs to quickly pass a simple bill that just provides more money for small businesses.

“No political gimmicks, just a simple ask to put more money in this program,” Ernst said. “Unfortunately, politics got in the way.”

Congress originally approved $350 billion for what’s called the “Paycheck Protection Program” since the small business loans will be forgiven if 75% of the loan is used to pay workers. The $350 billion ran out today.