You are here: Home / Business / Iowans quickly shifted to drinking at home after bars and restaurants closed 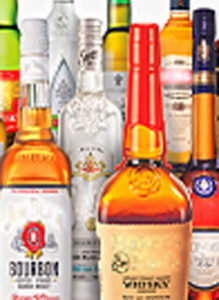 It’s unknown if people across the state have been drinking more alcohol as they’ve had to stay home during the coronavirus pandemic — but it is clear the shut down of restaurants and bars had some impacts on alcohol sales.

Iowa Alcoholic Beverages Division spokesman, Tyler Ackerson, says they saw the change as soon as the pandemic shutdowns started.  He says March saw an 18% increase in sales “And in April we had a more modest two percent increase in sales over those same months last year,” according to Ackerson.” We think a lot of that increase in March is attributable to changes in consumer purchasing behavior.”

He says the order closing restaurants and bars led to a quick shift. “We think at that time Iowans shifted the purchasing to liquor by the bottle for at-home consumption. …We saw increased grocery spending during that time, we also saw increased purchase of home goods. So as Iowans were purchasing more of those types of items — we think that liquor was among those purchases as well.”

The IABD sells alcohol to the liquor stores and other retailers who then sell it to consumers — so the agency doesn’t have a direct way to track exactly how and what is being purchased. Ackerson says they can track some inventory trends. He says from March 16th through April 1st, there was a 82% increase in the sale of their larger size bottles of liquor and the sales of the standard size bottles increase by 51%.

Ackerson says the loss of restaurant and bar sales was pretty evident as well. “Our largest independently-owned liquor stores have reduced their purchases from ABD by 44% since mid-March. Many of these independent liquor stores rely on selling to bars and restaurants — and with these COVID-19 related closures — they’ve seen that portion of their business significantly decline.”

The state later allowed restaurants and bars to sell alcohol to go to help them with the loss of business. “The same week that they were allowed to do that –we saw our case sales of 50 milliliter small bottles increase 39 percent over that same week in 2019,” Ackerson says. “We think that coincides with a lot of restaurants beginning to create to-go cocktail kits. These would be the kits that had the little 50 millimeter-sized bottles and then a non-alcoholic mixer in it.”

Ackerson says it is hard to say that Iowans were using more alcohol as they were confined to their homes with no bars and restaurants to visit. “We can’t be certain our sales figures demonstrate an increase in personal consumption,” he says. “Iowans may have simply changed where they are continuing to enjoy their favorite spirit products. They may have been usually enjoying those at a bar or a restaurant, but with the closures, perhaps they are just switching to consuming those at home.”

Ackerson says they will be watching to see what happens with sales trends as restaurants open back up for inside sales, and when bars are once again allowed to reopen.

(This story was updated to reflect a change in a correction in the sales numbers By IABD.