You are here: Home / Business / More retailers plan to close stores in wake of pandemic losses 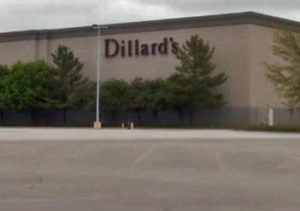 The Dillards at Crossroads Mall in Waterloo will close. (KCRG TV photo)

More retailers and big box stores are permanently closing due to economic conditions worsened by the pandemic, bringing untold job losses in Iowa.

JCPenney filed for bankruptcy protection last week and now says it will close more than 240 stores nationwide, though it’s unclear how many, if any, will be in Iowa. Penney’s has 11 locations statewide. Pier 1 has also filed Chapter 11 and has not been able to find a buyer, so it’ll close all 900 of its stores nationwide, including eight in Iowa.

Dillards is closing its department store at Crossroads Mall in Waterloo, though no date is set. The three other Iowa Dillards will remain open.