You are here: Home / News / Backers say cannabis bill imperfect, but worth supporting 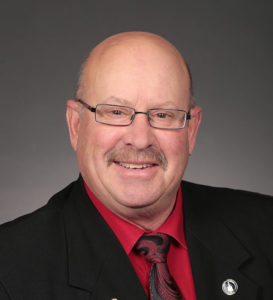 The Iowa Senate has sent Governor Reynolds a bill to adjust Iowa’s medical marijuana program. It will not boost the potency of the cannabis products as significantly as a bill she vetoed in 2019 would have.

Senator Rich Taylor, a Democrat from Mount Pleasant, said he’d like to pass a meaningful bill.

“I figured this year we’ll come back and tell the governor: ‘No, you’re wrong,'” Taylor said. “‘We’re going to stick with this. We’re going to move Iowa forward. We’re going to get some real help for some very, very sick people who can be helped by this drug.'”

The bill aligns with the recommendations of a state task force — allowing Iowans in the medical cannabis program to buy a 90-day supply of products with a maximum of four-and-a-half grams of THC. That’s the key chemical in marijuana.

Senator Brad Zaun of Urbandale, a Republican, said the bill isn’t perfect, but worth supporting because it also lets doctors recommend a higher dosage.

“Tell that 57-year-old woman that is already on the program that will go to her doctor and want an increase in the THC level, explain to her why you’re voting against this,” Zaun said, “because this is a step forward.”

Senators had an often testy debate over this bill before it passed on a mostly party-line vote. The House endorsed the plan earlier this year.