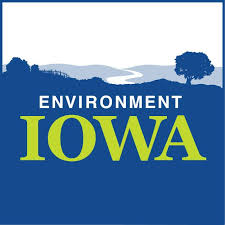 Since big in-person gatherings are making some Iowans hesitant, tonight’s Electric Vehicles and Environmental Justice Expo will be held virtually via Zoom.

Expo organizer Rishi Shah, a spokesman for Environment Iowa, says transportation is a leading cause of air pollution and carbon emissions in Iowa and nationwide. He says the expo is more than just a webinar as it serves a dual purpose.

“The first part is definitely an educational aspect where we have speakers chatting about electric vehicles in Iowa and throughout the country and their relationship to air pollution,” Shah says. “We also have the opportunity for attendees to take a couple of actions regarding electric vehicles.” Those actions include: signing petitions, contacting representatives in government, and posting social media messages and tagging elected officials.

The list of expo speakers includes a professor of Geographical and Sustainability Sciences from the University of Iowa as well as the chief operations officer of DART, the Des Moines Area Regional Transit Authority. Shah says DART is among the agencies in Iowa that’s making positive moves.

“A couple of years ago, they received a grant to buy some electric vehicles and replace some of their older buses,” Shah says. “The timeline is a little murky with the coronavirus, but they’re hoping to implement those this year.” The director of transportation services in Iowa City will also be in attendance to talk about that community’s efforts to switch to e-buses.

According to Shah, investing in clean transportation infrastructure is one of the most effective ways to protect public health and combat climate change. He backs a plan to convert all U.S. Postal Service vehicles to no-or-low emission electric vehicles.

Shah says, “We think electrifying the postal fleet would be a great way to modernize the postal fleet into the modern era, save money in the long-term on things like fueling and repair costs, and also, it would be great for the environment.”

The event will begin at 6 PM. To register and gain access to the Zoom gathering, click HERE.